Ethiopia looks to unleash the potential of religious tourism 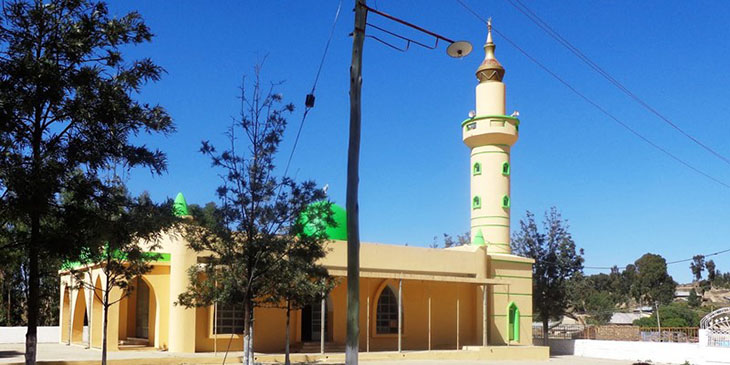 The Hajj annual Islamic pilgrimage to Mecca took place this year between August 19 and 24.

Yusuf said the Council was currently working with relevant bodies to encourage Hajj pilgrims from neighbouring and other international countries to visit Al-Nejashi Mosque and tombs of the 16 followers of the Prophet Muhammad, while Turkish and Sudanese pilgrims have shown a growing interest in visiting the site.

The EIASC is also working with the Ethiopia’s Ministry of Culture and Tourism, as well as other key stakeholders to alert the world to Ethiopia’s strong ties with Islam and its rich religious potentials, according to Yusuf.

The Ethiopian Herald quoted him saying: “Ethiopia is the first country to peacefully embrace Islam and allowed the adherents to practise their faith free of persecution, even before Saudi Arabia. It is necessary to make the Muslim world aware about Ethiopia’s special place in Islam.”

Furthermore, he said Ethiopia was mentioned multiple times in both the Quran and Hadith (Prophet Muhammad’s teachings), that would ease efforts of informing the international community about the county’s Islamic roots.

The Sheikh said the Council was engaging in the promotion of facts around the country’s holy sites and religious festivities, all of which have laid the foundation for Ethiopia’s potential to capitalise on Hajj pilgrims.

Ethiopia’s notable Islamic tourist sites include the Dire Sheik Hussein located in Oromia State; King Nejashi in Tigray; Jemeaa King in Amhara; and al-Kesiye, located in the Southern Nations, Nationalities and People’s State (SNNPS); as well as the many historic mosques situated throughout the country.

According to Yusuf, consolidated efforts are under way to preserve the country’s mosques; educational holy places; shrines; and Islamic literatures, with the view of promoting Ethiopia’s attachment with the religion and, in turn, boosting tourism revenue.