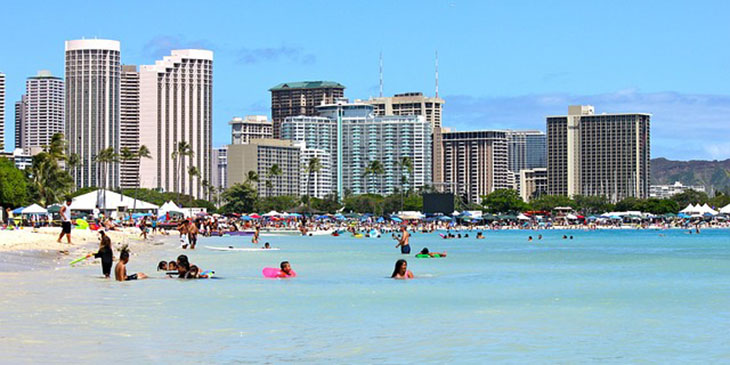 Across the state, room occupancy fell nearly 3% to 83.4% compared to the same period in 2018, while average daily rate dipped by 1% to $290, according to the Hawaii Tourism Authority citing data from hospitality analysts STR.

Oahu was the only island to record growth in the average daily rate.

It follows similar declines in January with revenue down nearly 5% year to date.

It comes despite researchers warning of a ‘tipping point’ for Hawaii tourism.

Experts from the University of Hawaii claim it is showing ‘signs of trouble.’

“Hawaii tourism has been negatively affected by rapid growth, diminishing economic contributions, and the lack of a comprehensive tourism management plan,” a new report says.