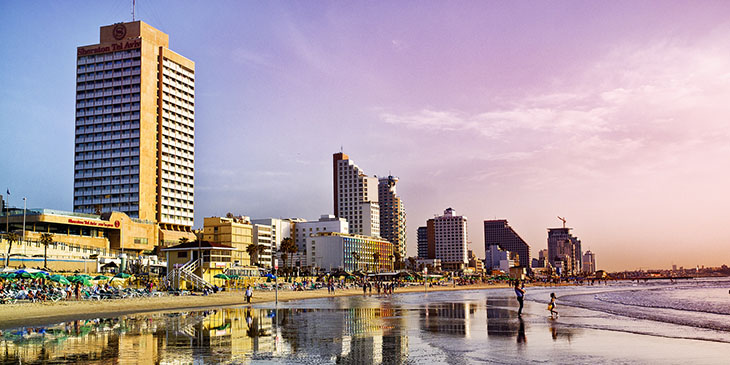 The Israel Hotel Association published the statistics revealing the foreign tourism figures for the month of March 2017. 30% growth was revealed compared to the data provided by Israeli hotels in March 2016.

The hospitality industry remains an important part of the Israeli economy. With a turnover of 2 billion euros, the sector is growing. However, according to a report by the Institute of Statistics, the number of employees in Israeli hotels has not changed over the last two years, an average of 34,000 individuals per month.

The wages of the hotel employees amounted to 6,900 gross shekels per month. Wages in the hotel sector remain among the lowest in the country, accounting for only 75% of the country’s average wage.

Wages paid in the hotel industry were downgraded due to the massive use of temporary staff. Last year, Israeli hotels employed 4,400 temporary workers, about 13% of the hotel sector’s workforce. The wage of a temporary worker (5,000 shekels per month) is less than one third of the average wage of the entire branch.

In Israel, hotel revenue (overnight stays and other services) comes from two sources: foreign tourists and Israelis on vacation. Despite the millions of foreign tourists who visited Israel last year, local tourism remains a major source of revenue for Israeli hotels: Israelis accounted for 58% of hotel revenues, compared to 42% for foreigners.

For the Israelis, Eilat and the Dead Sea are the preferred destinations for holidays: last year, these two tourist attractions accounted for 53% of the hotel revenues spent by Israeli tourists.

Moreover, the Dead Sea is experiencing a renewed interest among the Israelis: the figures indicate a 5% increase for the income of hotel owners of the Dead Sea from Israeli tourists.