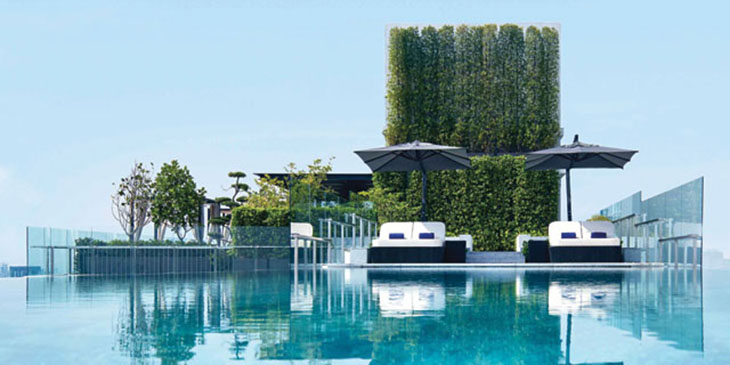 The rise of a millennial generation and Airbnb have unleashed many changes in the global hospitality sector, with hospitality players recognising the need to offer more than just a hotel room but a lifestyle experience for today’s travellers.

Enter lifestyle hotels, a trend that is gaining popularity among global travellers and the hospitality sector alike, with most major hotel companies having jumped onto the bandwagon to launch new brands that are ostensibly targeted at the millennial demographic.

A CBRE report defines a lifestyle hotel as one that has many of the characteristics of a boutique hotel, with a strong emphasis on being creative and innovative, in addition to having the potential to be replicated and rolled out across the globe.

Starwood Hotels & Resorts’ W Hotels was widely accepted among industry practitioners as the first mainstream lifestyle hotel when the brand was launched in New York in 1998. Similar brands and concepts have since popped up in the US and Europe, and Asia is now beginning to see the proliferation of lifestyle hotel brands too.

“Most international hotel operators have started rolling out their lifestyle concepts in a significant way”, said Sashi Rajan, senior vice president – strategic advisory and asset management, Asia at JLL Hotels & Hospitality Group, attracted by Asia’s large millennial base which are expected to make up a strong potential market for lifestyle hotels.

Marriott’s Aloft, Hyatt’s Andaz and InterContinental Hotels Group’s Indigo are clear examples of hospitality giants’ foray into Asia’s lifestyle hotel space, noted Rajan, while international boutique brands like The Standard, SBE, Dream Hotels and ACE have either expanded or announced their intentions to venture into the region.

What comes after W

But lifestyle hotels are not an entirely new phenomenon for Asia, industry watchers pointed out.

“You can call it LAW or Life after W,” Bill Barnett, founder and managing director of Phuket-based C9 Hotelworks said. “W was a game changer, but in Asia groups here already know hospitality so the development of groups like Alila, Upper House, etc, have cut the institutional mould,” opined Barnett.

“In Thailand, 137 Pillars, Sala and Burasari are all expanding their non-standardised approach to good success. Indonesia is another exciting space – Artotel is one and Potato Head with Katamama and other new offerings in the works.”

Barnett added: “Design and lifestyle hotels are now across most Asian markets and strong performers but it’s not so much a standalone trend but a reflection of changes in travel taste. Be it in technology, design, food, fashion or social media, it’s now about getting out of the box.”

Major hospitality companies in Thailand have also joined the lifestyle fray. Onyx Hospitality Group entered into a partnership with UK-based Yoo Hotels & Resorts to grow its footprint into the lifestyle hotels segment, with the first two Yoo Asia hotels expected to open in Phuket and Bali in 2019.

Dusit International has unveiled Asai, its “millennial minded” brand which has already found management contracts inked for properties in Bangkok, Cebu and Yangon.

Singapore has been a hotbed of activity for lifestyle hotel brands in recent years, including M Social, whose eclectic and playful style was the brainchild of famed designer Philippe Starck; and Yotel, a capsule-style hotel which appeals to tech and design fans with its guest service robots and futuristic Tron-like aesthetics.

Coming up next in mid-2020 will be The Clan – a 324-room property targeting millennials and tech-savvy travellers – which is touted as Far East Hospitality’s (FEH) answer to the “new demand for hotels that offer an optimal combination of value for money, quality hospitality service, stylish design, and a strong sense of place”, said Arthur Kiong, CEO of FEH.

“Guests will be treated like a member of an exclusive club that is reflected through the hotel’s highly customised services. These include special privileges at popular lifestyle establishments, staff members recognising guests by names and being served traditional Chinese tea upon check-in,” described Kiong.

Even non-traditional players are foraying into the lifestyle hotel segment, with notable examples being Japanese lifestyle giant Muji extending its minimalist lifestyle ethos to its hotel ventures in Japan and China, and toymaker Hasbro’s plans to launch a Monopoly-themed hotel in Kuala Lumpur (see sidebar below).

Its “new basic for new culture” philosophy is also reflected in the hotel decor, which abstains from the use of leather, fur or other materials from real animals. Rooms, like Koe clothing, are divided into four sizes – S, M, L and XL.

Meanwhile, Macau is the staging ground for acclaimed fashion designers to showcase their forays into lifestyle hotels.

The Palazzo Versace Macau, under the creative direction of the renowned designer Donatella Versace, will feature classical style interiors, such as traditional mosaic and terrazzo flooring, with all furnishings and amenities supplied by or following Versace’s stylistic and artistic direction.

Singapore may also soon be home to a development tagged to nightlife brand Zouk. Andrew Li, CEO, Zouk Group, revealed to TTG Asia that the group is “exploring opportunities that will hopefully come into fruition within 2019”.

He shared: “Since the acquisition (by Genting), the focus for us is to grow Zouk beyond the realm of nightlife, expanding its offerings into the lifestyle realm. The primary audience we are targeting is the millennials. We see Zouk’s move into lifestyle as a natural progression of growing the brand by expanding to different verticals, such as F&B, merchandise and more to come. This fits into Genting Hong Kong’s vision of cultivating holistic lifestyle spaces for millennials to wine, dine and play.”

Hotel analysts expect such cross-over brands to proliferate and bloom.

Barnett commented: “Owning the customer is key, as you can see from Accor’s investment into other brands they want to be in front of consumers’ faces at all time, or Sansiri’s investments in The Standard Hotels and Monocle magazine, and (for) JustCo co-working (scaling) the vertical is key.”

Rajan added: “We are seeing several bold entrants who believe they can innovate and further disrupt the already disrupted traditional hotel experience. We have seen restauranteurs go into hotels like Nobu, fashion accessory specialist Shinola opening their first hotel and more recently AliBaba with FlyZoo (embracing AI technology in collaboration with Marriott International).

“Travellers today are always on the lookout for something different so I believe there’s enough room for everyone to make their mark. To stand out however, lifestyle hotels have to ensure that they have clear brand identity, service differentiator and value proposition in their micro-market,” he summarised.