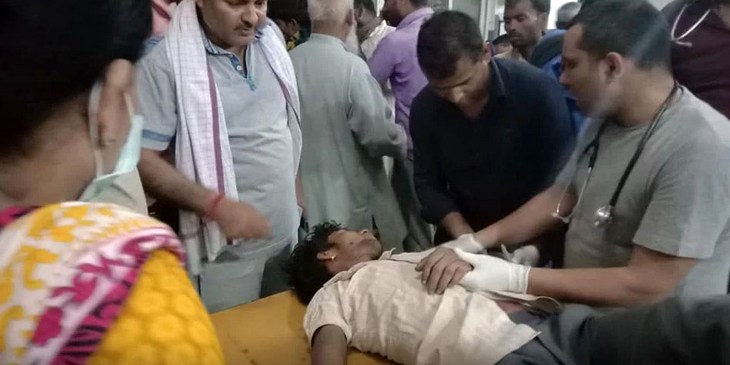 Tourists in Nepal are not affected in today’s deadly storm. The Nepal Prime minister KP Sharma Oli expressed his condolences in a tweet and said that as well as the 25 killed, around 400 were injured in the Bara District.

Deepak Ra Joshi, CEO of the Nepal Tourism Board told eTurboNews: ” This region is in south plain, close to the border with India. It’s not a tourist region and no tourists are hurt. The Government of Nepal is focused on rescue and treatment of those affected.”

Bara lies in Province No. 2. It is one of the seventy-seven districts of Nepal. The district, with Kalaiya as its district headquarters, covers an area of 1,190 km² and has a population of 687,708. Bakaiya, Jamuniya, Pasaha, Dudhaura and Bangari are the main rivers of Bara.

Bara district is famous for the Gadhimai Temple, particularly as every five years it celebrates the Gadhimai Mela. The region is usually not on any visitors itineraries.

On Sunday night, Prime Minister KP Sharma Oli said rescue teams from Nepal Police, the Army, and the Armed Police Force had been deployed overnight. The government has been dispatching helicopters to the affected areas.

Meanwhile, hospitals in both districts have been overwhelmed by hundreds of injured. More than 200 victims have been admitted to Kalaiya Hospital, which has only five doctors on duty. The bodies of dead have been piling up at the Narayani Hospital, National Medical College and Healthcare Hospital in neighboring Birgunj district.