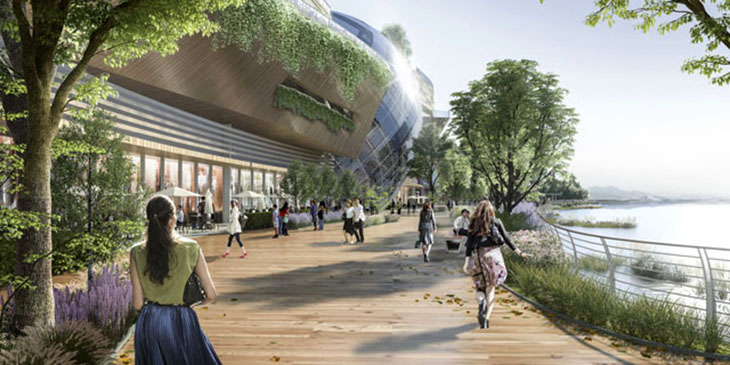 The two IRs in Singapore, Resorts World Sentosa (RWS) and Marina Bay Sands (MBS), have unveiled massive expansion plans, each at an estimated investment of S$4.5 billion (US$3.3 billion).

The RWS expansion will boost its gross floor area by about 50 per cent, adding 164,000m2 of new attractions, entertainment and lifestyle offerings. Set to integrate with the transformation of the future Greater Southern Waterfront, the expansion will be delivered in phases with new experiences opening every year from 2020 to a projected completion around 2025.

The S.E.A. Aquarium will be expanded to more than thrice its present size, and proposed to be rebranded as Singapore Oceanarium. RWS says there will be additional exhibits centred on prehistoric marine life and deep sea creatures.

In addition, a new Waterfront Lifestyle Complex helmed by two new destination hotels, together with the expansion of Central Zone, will add up to 1,100 more keys.

MICE capacity at RWS will also get a boost. The entire waterfront promenade will be renewed, anchored by a public attraction that will set the scene for seafront activities that include dining and lifestyle activities.

The Resorts World Theatre will make way for a new Adventure Dining Playhouse, and a new Driverless Transport System will provide last-mile connectivity between the mainland and Sentosa with better efficiency and capacity, which the group hopes would encourage more to visit RWS and the rest of Sentosa Island.

Meanwhile, Las Vegas Sands has entered into an agreement with the Singapore government to expand MBS. Located immediately adjacent to the existing MBS, the key elements of the development will be a 15,000-seat show arena, a luxury hotel tower and additional MICE space.

The 1,000-suite hotel will include a sky roof with a swimming pool and a signature restaurant. The tower will also feature an atrium and terraces along with F&B offerings and a combination of meeting rooms, ballrooms and exhibition halls.

Since opening in 2010, MBS has attracted more than 330 million visitors, and brought over 700 new MICE events to Singapore. In 2018 alone, it hosted 3,680 events at the Sands Expo and Convention Centre.

“New luxury hotel accommodations and a world-class entertainment venue are the catalysts we need to drive additional visitation to Singapore, and specifically to Marina Bay Sands,” said Rob Goldstein, the company’s president and COO. “The expansion of our Singapore IR is a key component of our company’s growth plan and also reflects the strong tourism and business potential in Singapore.

“The additional hotel rooms are extremely important to us in addressing the demand created by our leisure and business tourists and our premium gaming customers.”