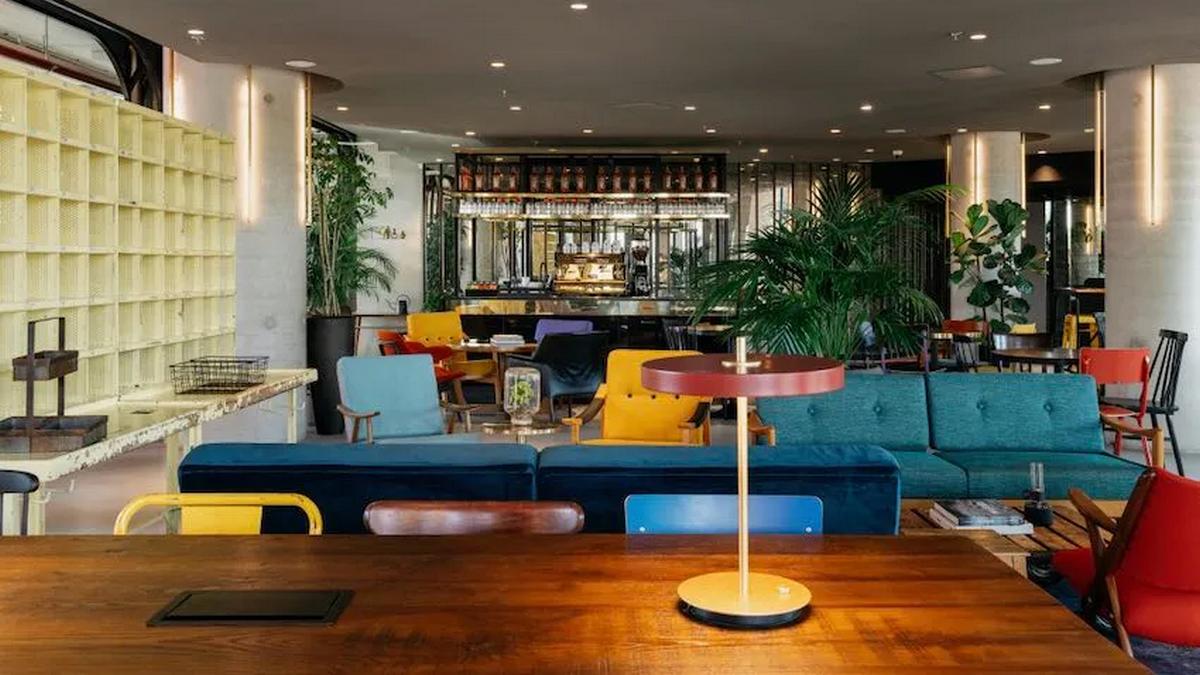 Ruby Group has opened its first hotel in Amsterdam, the 291-room Ruby Emma, which includes a co-working space across three floors.

The latest edition to the Munich-based hotel group is also its first ‘re-flagging’ project, with the hotel’s public area redesigned using sustainable materials. The building, meanwhile, uses geothermal energy generation and was the first in Europe to be LEED Platinum certified in 2018.

The Ruby Luuk co-working space is the group’s fifth, but the first to be integrated with a Ruby Hotel. It features 138 workstations and private offices for six to 24 people, which can be rented with “flexible terms”, and meeting rooms for six to 70 people that can be booked by non-tenants and hotel guests by the hour.

Fabian Zellinger, director of corporate development, new ventures and workspaces at Ruby, said the “new symbiosis” of the two products is part of the group’s efforts to attract business travellers.

“We see this further development as an opportunity to provide business travellers with a comprehensive offer to work productively during their stay. In addition, we are creating a community of guests, businesses and local communities that meets their need for inspiration and networking,” he said.

Located in the city’s Amstelkwartier district, the hotel is a 15-minute drive from Amsterdam airport, while Amsterdam Centraal Station is ten minutes away on the S-Bahn.

Hotel manager, Hermen Nijhuis, said Ruby Emma is the first “real lifestyle hotel” in the area. “The special sustainability of the building, which has won several awards for its innovative building technology, and the typical Ruby vibe make Ruby Emma a place full of positive energy,” he said.