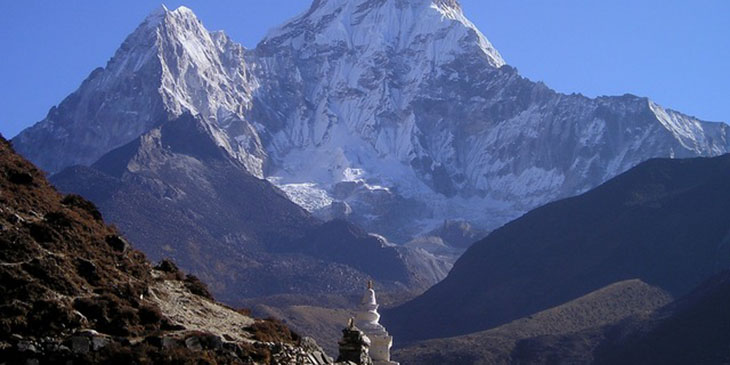 Three people are dead after a small plane crashed into a parked helicopter at an airport in Nepal’s Everest region.

A Summit Air flight was attempting to takeoff from Lukla Tenzing Hillary Airport when it skidded off the runway and into a parked Manang Air helicopter.

The Summit Air pilot was confirmed dead along with two police officers who were near the helicopter at the time.

At least four were injured and airlifted to a Kathmandu hospital.

All services were suspended at Lukla Airport which is the only airport in the Everest region.

It is often dubbed one of the world’s most dangerous due to the difficult approach hemmed in by mountains and the relatively short runway.