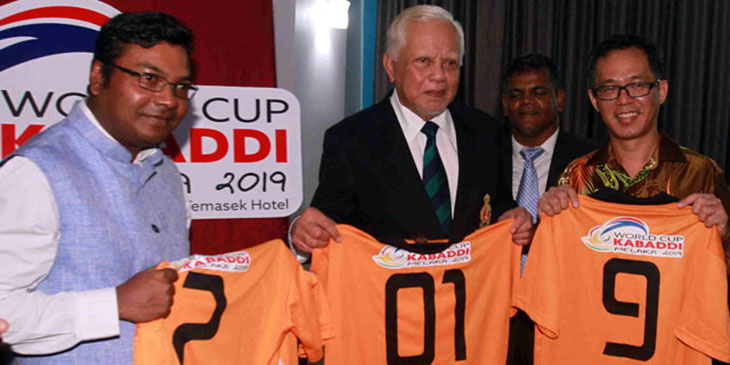 The governor of Melaka (centre) at the launch event for World Cup Kabaddi (source: https://worldcupkabaddi.org/)

Inbound travel agencies in Malaysia are looking to capitalise on the World Cup Kabaddi 2019, a sporting event that is expected to bring close to 1,000 participants and foreign supporters from 55 countries to Melaka.

Among the 34 countries competing in Melaka next month, six are from Africa, nine from Europe, three from South America and the remaining from across Asia, Oceania, North and Central America.

Leong Sang Khin, owner of the 472-room Temasek Hotel, Melaka, said the hotel will run at full occupancy during the World Cup Kabaddi.

For the duration of World Cup Kabaddi 2019, the hotel will host a cultural food festival with participation from local hawker stalls as well as the banqueting team from the hotel. There will also be a local bazaar within the hotel to showcase locally produced items.

He shared: “To date, more than 500 people have confirmed, from countries such as South America, Africa, Argentina, Mexico, Peru, Egypt, Kenya Tanzania and Nigeria. Many are first timers to Malaysia. Tours will include UNESCO and historical sites in Melaka and Penang, as well as diverse cultural and heritage attractions and food.”

Another inbound agent, Arokia Das Anthony, director at Luxury Tours Malaysia, is working with partners in India to sell packages to the event as well as entrance tickets. Post tours include 3D2N packages to Penang, Langkawi and Resorts World Genting, inclusive of half-day orientation tours and shopping shuttles.