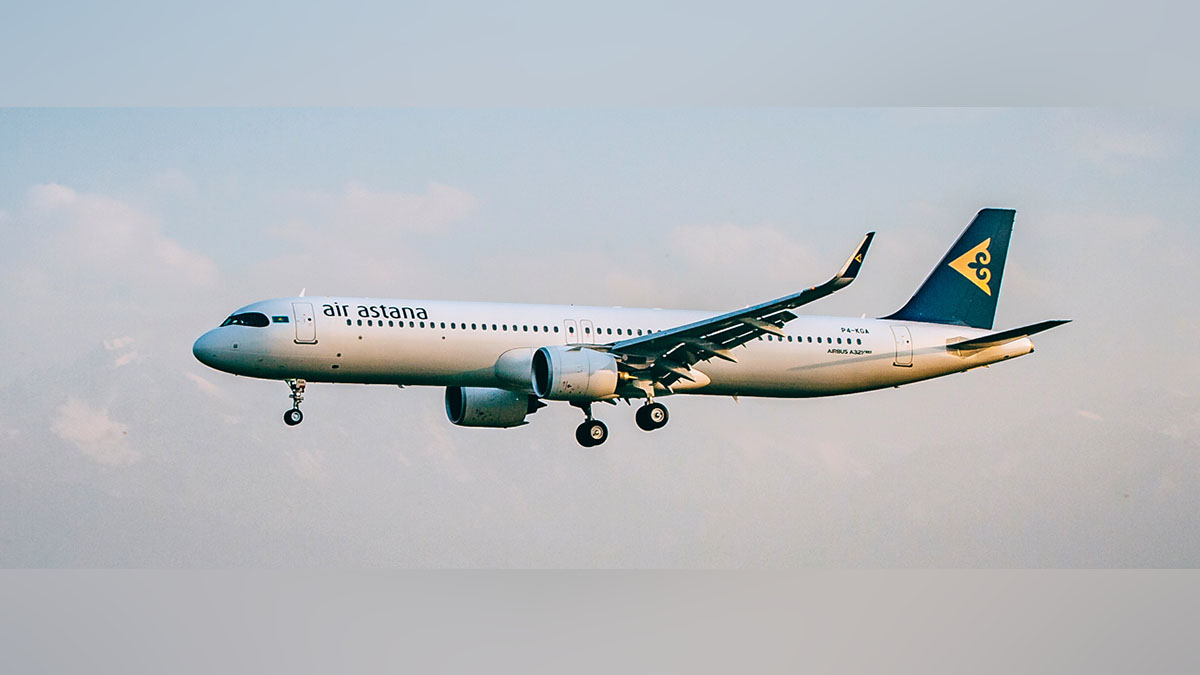 Air Astana will resume direct flights from Kazakhstan’s capital Nur-Sultan to Frankfurt on 18th August 2020, with services initially being operated four-times a week, increasing to daily services by September. Flights will be operated using the latest Airbus A321LR aircraft, with flight times being 6h 20m outbound to Frankfurt and 5h 45m on the return to Nur-Sultan.

The schedule of the flight has also been updated to a morning arrival in Frankfurt, enabling maximum connectivity with partner airlines across Europe and North America. Air Astana’s fleet of A321LR aircraft boast a 16 flat-bed Business Class seats and 150 economy class seats furnished with personalized inflight entertainment screens. The flight between Nur-Sultan and Frankfurt is operated in codeshare partnership with Lufthansa. Passengers with tickets for Air Astana flights that had been cancelled due to the earlier flight suspension can be re-booked onto flights from the 18th August without penalty.

In accordance with German health regulations, all passengers (except those in transit) travelling to Germany from Kazakhstan must undertake a Covid-19 test at the point of departure within 48 hours of departure, or within 72 hours of entering Germany. Passengers will also be required to fill out two copies of a ‘passenger locator card’ during the flight. Passengers arriving to Kazakhstan should familiarize themselves with government health and quarantine regulations.

Air Astana, the national carrier of Kazakhstan, operates domestic and international flights from hubs in Astana and Almaty. The company was incorporated in late 2001 and commenced operations on 15th May 2002. The Air Astana fleet consists of Boeing 767/757, Airbus A320 Family aircraft including A320neo, A321neo and A321LR and Embraer E190 / E190-E2.

Air Astana became the first carrier from Russia, the Commonwealth of Independent States and Eastern Europe to be awarded the prestigious 4-Star rating by Skytrax at the World Airline Awards in 2012 and was also named ‘The Best Airline in Central Asia and India’ that year. Both achievements were repeated every year through until 2019. Air Astana has also received TripAdvisor Travellers’ Choice Awards in the “Regional Carrier in Asia” and “Passenger Comfort” categories for the past three years and a 5-Star in the “Major Regional Airlines” category from APEX in 2019.