Famous Oktoberfest is back after two-year break 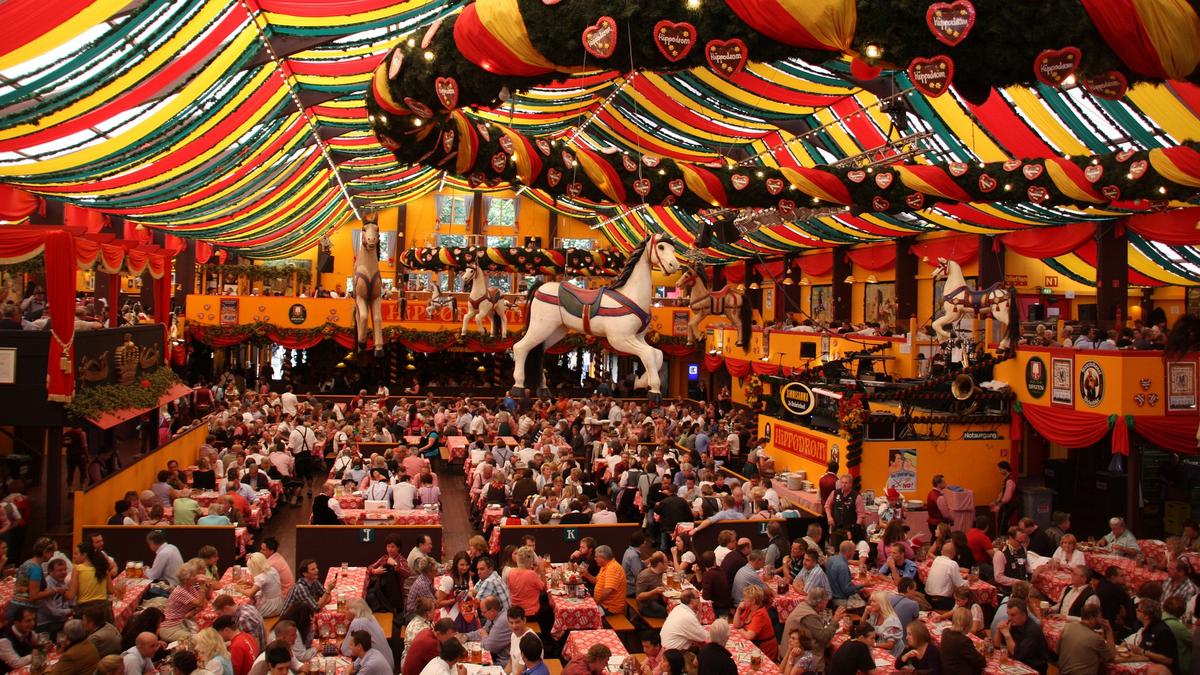 “We are very happy to see things moving. It’s about time we had the festival again,” says Peter Inselkammer, host spokesman. Despite inflation, war, energy crisis and Corona, the number of reservations is very good, even at lunchtime the seats in the tents are sometimes fully booked.

Oktoberfest boss Clemens Baumgärtner predicts that the 2022 edition (from September 17th to October 3rd) could even have better attendance rates than the last one in 2019. “The Wiesnlust (excitement) and anticipation are enormous,” he says. “Traditional costume stores are almost sold out.” The festival will also flush money into the city. The economic value of Oktoberfest was recently estimated at 1.5 billion euros.

Close to six million visitors came annually to the festival before the pandemic, with about one in five coming from abroad. Even if the pandemic is not over, people are celebrating as they always have: without restrictions, close together in tents. Some welcome this, others are skeptical. Rarely has the festival been the subject of much controversy.

It is already foreseeable that the famous Oktoberfest will trigger a Corona wave. According to data from the Robert Koch Institute (RKI), incidences regularly skyrocket after public festivals. “Of course, it will lead to an increase in the number of cases,” Johannes Bogner, head of the Clinical Infectiology Section at the LMU University Hospital in Munich, said recently. “It’s very well documented that after local events, there is a measurable increase in cases of illness. This is also to be expected for the Oktoberfest.”

Bavarian Prime Minister Markus Söder is showing more courage. He wants to visit Oktoberfest without a face mask. “The Corona situation is currently stable,” the politician said earlier. “Everyone should decide on their own whether and how they choose to visit the festival. I will come without a mask.”

Occasionally, discussions were also held about whether there can be a festival while people in Ukraine are dying in the war – and whether it is reasonable that everyone should save energy, but millions of kilowatt-hours of electricity and gas will be consumed at the festival within two weeks.

The fuss about Energy and Higher Prices

The hosts announced that they would do without outdoor heaters as a contribution to saving energy. Baumgärtner, also Munich’s economic advisor, did the math: The electricity consumption of the festival is 0.6 per mille of the city’s annual consumption, and for gas it is 0.1 per mille. “The festival will not cause the lights to go out in Munich.” No one would have to freeze because of it. In fact, without the famous Oktoberfest, even more energy would be consumed in other places. A roasted chicken costs more energy in the oven at home than one that cooks with many others on a fest grill.”

Not because of the gas prices, but because of the general price increase over the years, it is clear that guests will have to dig deeper into their pockets for this chicken as well as for the litter-beer than in 2019. The price for the beer this year is between 12.60 euros and 13.80 euros – compared to 2019, the price has thus increased by an average of 16 percent. For food, it should be around 10 percent more. The massive increase in energy costs does not fully affect the festival, according to host spokesman Inselkammer, because there are pre-contracts.

The decision that the Oktoberfest would take place in 2022 was announced by Mayor Dieter Reiter at the end of April – with some reluctance. On Saturday, the Mayor tapped the first barrel of beer and opened the festival. The traditional Wiesn mantra at the tapping, “To a peaceful Oktoberfest,” should at least have a second thought added to it this time: “To a healthy Oktoberfest”.