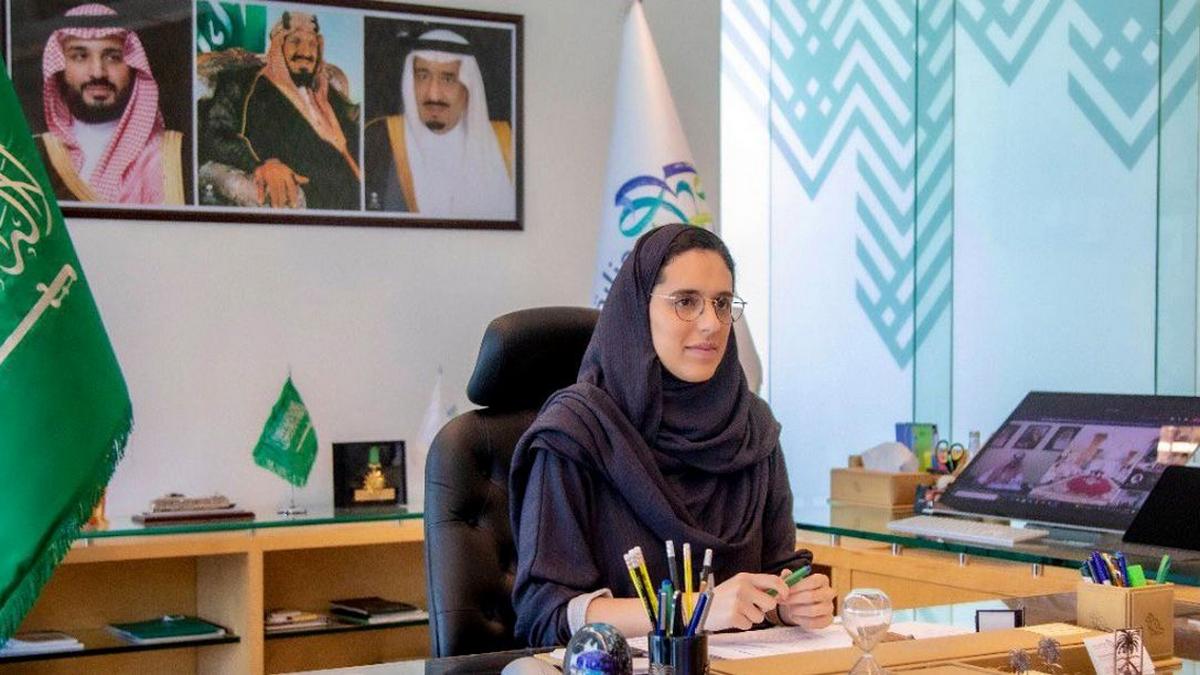 The first female deputy minister of tourism was appointed in the Kingdom of Saudi Arabia after a Royal Order was issued. She loves sports.

In a country where there is currently a legal male guardianship system that limits women in many ways, the appointment of a female vice deputy minister is seen as a big deal. This big deal is not only noticed in Saudi Arabia, but in many western countries that raised concern about women’s rights in the Kingdom.

The new American and British-educated vice-minister comes with an impressive record of achievement and knowledge. She appears to be highly qualified for this important key government position in a wealthy country where tourism has been at the forefront of investments and outreach. Saudi Arabia positioned tourism as a door opener to the world.

The princess is from a family of great power and wealth. Her father is the grandson of Khalid bin Muhammad Al Saud, the son of Muhammad bin Abdul Rahman Al Saud.

The House of Saud is the ruling royal family of Saudi Arabia. It is composed of the descendants of Muhammad bin Saud, founder of the Emirate of Diriyah, known as the First Saudi state, and his brothers.

As of 2020, the combined net worth of the royal family has been estimated at around $100 Billion, which makes them the richest royal family among all monarchs, as well as one of the wealthiest families in the world.

The Princess also obtained a master’s degree in business administration and management from London Business School, University of London, in 2017.

Following her graduation, Haifa bint Muhammad began to work at HSBC, United Kingdom, as an analyst of equity sales.

She joined the Saudi ministry of higher education in 2012 where she served as a senior consultant. Between 2017 and 2019, she was the managing director at the General Sports Authority, what is now the Ministry of Sports.

In July 2018 she was appointed secretary-general of Formula E Holdings. Formula E Holdings Limited, (FEH) are the owners, promoters, and acting holding company of the ABB FIA Formula E Championship. Founded in 2012 by Alejandro Agag, with funding from entrepreneur Enrique Bañuelos, in order to fulfill an FIA tender to create an all-electric international racing series, FEH has overseen all five editions of the Formula E Championship from their registered bases in Hong Kong and London.

The Diriyah ePrix is a race of the single-seater, electrically powered Formula E championship, held in Diriyah, Saudi Arabia. It was first held as part of the 2018–19 season and was the first Formula E race to be held in the Middle East. The second Diriyah ePrix was held on 22 and 23 November 2019.

Sports and tourism are connected, and the just appointed Saudi vice minister of tourism obviously understands this well – and she must love this connection.

In January 2020 Princess Haifa bint Mohammed Al-Saud was appointed as a member of the board of directors of the General Authority of Civil Aviation (GACA) as a representative of the Saudi Commission for Tourism and National Heritage (SCTH). This agency was recently converted to the Saudi Tourism Authority.