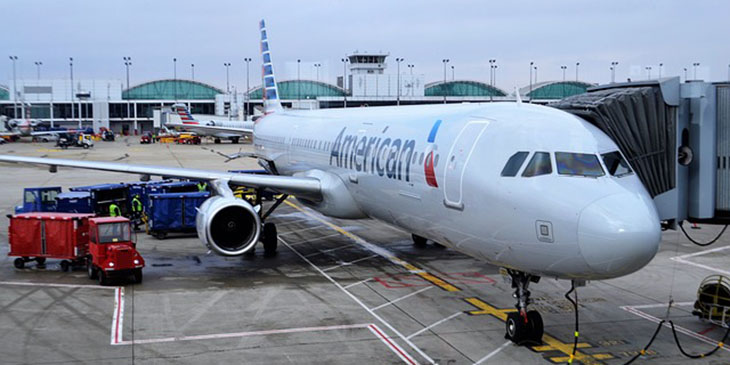 An unruly passenger jumped out of an American Airlines plane after displaying bizarre behaviour during a flight.

After landing at Phoenix the man opened the plane door and jumped, injuring himself slightly.

He was taken into custody by Phoenix police.

The passenger had been unruly throughout the journey from Minneapolis.

Flight crew had already called ahead for assistance due to his erratic behavior.

The 25-year had been walking down the aisle touching other passengers’ faces and spraying them with an unknown liquid.

Another passenger told local media he was also cussing and hit several passengers.

“Once the flight arrived at the gate, the passenger opened one of the doors and jumped off the aircraft,” the airline said.

“He landed on the ground approximately 10 feet below, sustaining minor injuries. Workers at the airport stopped the man and he was taken into custody by Phoenix Police officers without incident, Phoenix Police said in a statement.

He is facing trespass charges although other passengers involved declined to press charges.