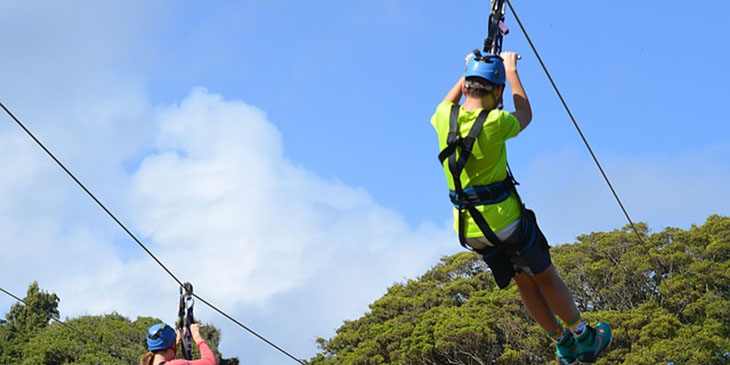 A Canadian tourist was killed following a tragic accident on a zipline ride in Northern Thailand.

According to police, the 25-year-old tourist fell more than 50 meters at Mae Kam Pong, near Chiang Mai.

The safety locks broke, which saw him fall to his death.

Zipline operator Flight of the Gibbon said it will compensate the victim’s family and investigations are ongoing into whether the victim was over the operator’s maximum weight limit to ride the zipline.

On its website, it states no one may ride the zipline who weighs more than 125kg.

Reports suggest the tourist was about 180kg although this has been disputed.

Workers at the zipline operator said the safety locks broke shortly after the tourist took off.

Chiang Mai officials have been cracking down on lax safety standards in recent years after several accidents although this is the first fatality since 2015 when two Chinese tourists died in separate ziplining incidents.